On 16 May, the annual European Diversity Charters conference was held in Brussels, this time under the sub-title ‘United in Diversity – a common challenge’. Previous meetings have focused on the relations between diversity and business profit, the needs of the job market, aging Europe, avoiding discrimination, the role of public sector in the development of diversity and inclusion and other subjects. The conference is organised by the European Commission together with the Diversity charters from 24 European countries and this year it was held for the 10 time.

At the jubilee conference, the representatives from both public and private sector and from different countries including Germany, Latvia, France and Finland gave presentations and shared their experience. In addition to the presentations, several panel discussions on the different aspects of diversity and inclusion in educational, work and social level took place.

The conference day was opened by Tiina Astola, Director General of the European Commission Justice and Consumers Directorate who stressed the importance of diversity in the development of just and economically successful Europe. Astola invited all the participants and Europeans to take part of the European Parliament elections.

The first discussion had Aminata Cairo (Lector Inclusive Education at The Hague University of Applied –Sciences), Kaspars Zalitis (Founder of the Latvian Diversity Charter), Deyan Kolev (Chairman, Center Amalipe), Rebekah Smith (Deputy Director in the Social Affairs department, BUSINESSEUROPE) and Emilia Roig (Founder of the Center of Intersectional Justice in Berlin) as panelists. The first panel focused on the improvement of diversity in different social fields. One of the key ideas was the big role of education and school systems in spreading of diversity, inclusion and tolerant attitude. The situation of Romas as the most vulnerable ethnic group in Europe was also noted as there are still many negative collective stereotypes behind that.

In the context of migration and refugees it was marked how in Europe there has actually a historically long tendency of migration from Eastern to Western Europe. Some generalizations were also made together with stating the fact that discrimination is systematic and it can be seen in schools, prisons and other institutions. Till this very day we still have problems with accessibility in several public and official buildings. the panel ended with a consensus that the elections are a chance to move towards the direction that honours diversity and it is important to find representatives who would support openness and inclusive values. The panelists also encouraged everyone to listen to NGO-s more. 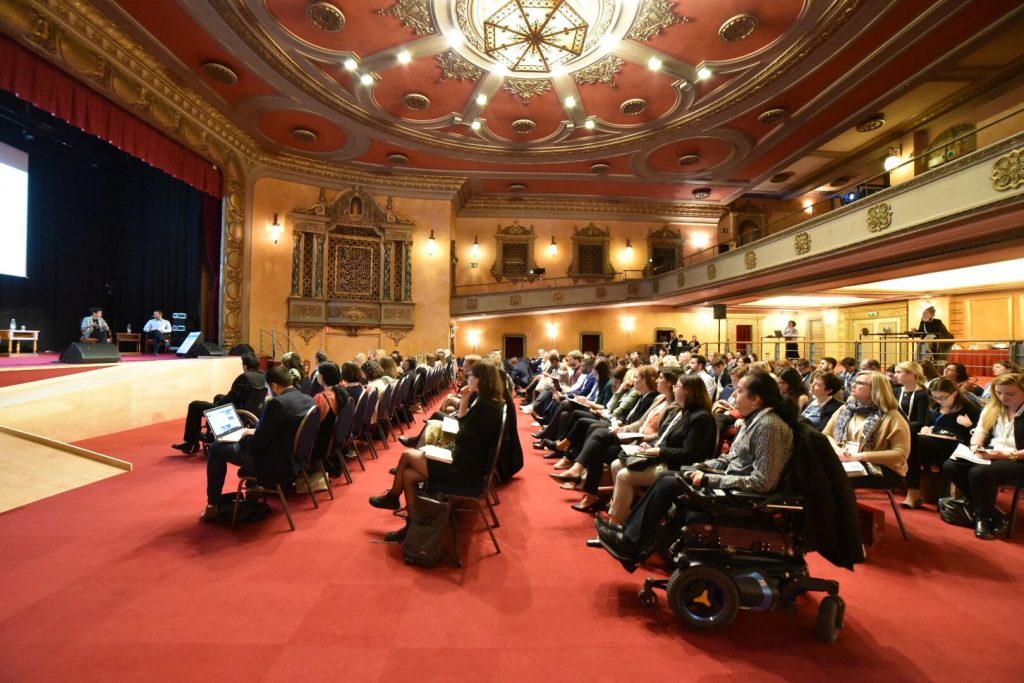 The other panel focused on management, organisational culture and gender equality. The participating panelists were Martin Theobald (Member of the Board of Völklinger Kreis e.V.), Jaleh Bradea (Chief D&I Officer, Vivendi), Adnan Basaran (Founder at The Inclusion Partners), Allyson Zimmermann (Executive Director, Europe, Catalyst). It was noted how in addition to the gender equality in management it is important to ensure that LGBT+ community and  people with disabilities could also have possibilities to thrive in career. And many organisations or companies do not have enough age diversity. the panelists asked why the majority of managers are still men although 50% of the target group of the product or service is made up of women. It was stressed how filling quotas should not be the purpose everytime, rather it is important that women could be senior managers instead of staying on middle level. Also, more women should give presentations and speeches  at the conferences and in wider public as example to other women together with changing social norms is vital. During the discussion, it was marked how the social majority always sts up certain norms and expectations, i.e determination is seen as positive among men and negative among women.

On working culture, the panelists noted that the innovation of the workers derives from their psychological secureness and the term “glass-ceiling” could have different meaning for different groups. The conclusion was that while diversity is related to seeing, inclusion is related to feeling.

In Ivana Vagaska´s opinion, the companies from Estonia and Slovakia are quite similar