The Estonian Human Rights Centre provides internship opportunities for active university students interested in human rights. This summer, we were joined by Õnnely Roos, who, as an active young person, is studying law and international relations in the Netherlands. We sat down with Õnnely on a warm summer afternoon to talk about the internship at the Estonian Human Rights Centre and discuss things that are currently happening in the world.

Tell us a few words about your background, what do you do on a daily basis, and what brought you to the Estonian Human Rights Centre?

I have been quite active since middle school – I went to international youth exchanges both with and without my school and started debting and organising events in secondary school. I also participated actively in informal education, especially attending youth conferences of the European Youth Parliament (EYP). As the European Youth Parliament is largely designed to mimic the activities of the European Parliament, the activities of the European Parliament’s working groups and the meanings of their acronyms, and the decision-making process there have become clear to me thanks to EYP. As of today, I have been living in the third largest city of the Netherlands – The Hague, for a year now, and in autumn I will start my second year in International Relations and Law at Leiden University. During school, I focus on studying and going to work, and sometimes my friends and I take our bikes to nearby cities. True Dutch idyll, isn’t it? There were two things that brought me to the Estonian Human Rights Centre: practicing human rights has been one of my biggest dreams, and I wanted to see how people working with human rights work and what they do in practice.

During your summer internship, we have been delighted to see that you are very passionate about human rights issues. Has this always been the case or has an experience in your life given reason for it?

All my closest ones know that I have been standing up for minorities for as long as I can remember, and have occasionally had heated debates on these issues. Friends would probably say that it is very difficult to change my views on human rights, and because of my stubbornness, it is almost impossible to do so as well. At my first European Youth Parliament conference, I was in the DROI I working group, which deals with Human Rights. I guess that is where I “officially” discovered human rights for myself. My interest in human rights probably also stems from the fact that 5-10 years ago Estonia was not as diverse as it is now, and it was always incomprehensible to me why people were so negative about diversity. For me it was then, and still is, so interesting. I have realised this especially when studying in the Netherlands, because at my university and workplace there I have friends and acquaintances from almost every corner of the world and with all kinds of worldviews. It is just so fascinating to listen to people’s experiences that you have never experienced yourself and thus gain more empathy for their successes and hardships. I think that is why I have grown and developed a lot as a person over the last year and widened my horizon. This is why, now especially, it is strange to hear a politician or anyone incite hatred or criticize different groups of people, of which some of my are friends or acquaintances are part of.

Indeed, the last few years have not been generous to human rights in the world and in Estonia, but how do you perceive the situation as a young person? What is your biggest concern? Is there something to be happy about as well?

It was quite frightening that EKRE got into the government and also got so many seats in the Parliament. Even far from home, it was sad to watch all of this, as both friends and course mates were constantly asking about what was going on in Estonia. However, I did not sit back and took part in a demonstration in the Hague against the EKREIKE coalition and gave my name to a letter addressed to the leaders of the EKREIKE asking for deep reflection on the possible consequences of this coalition. I must admit that the recent news, unfortunately, do not give much reason to rejoice, especially Riina Solman’s recent bullying proposals for the Names Act. I also think that much more should be done in Estonia to help people with disabilities. However, it is heartening that more and more people are publicly expressing their opinions against bullying and bigotry. There was also reason to rejoice at the Song and Dance Celebration, as the first Estonian LGBT+ choir, Vikerlased, sang under our singing arch alongside other choirs and this news put me in a really good mood. But when I came back home for the summer, it was so nice to see ads on the street and in the media helping and encouraging victims of domestic violence. Domestic violence is a very important topic in Estonia and it is very welcome to see socially targeted ads in addition to standard product ads for a change. 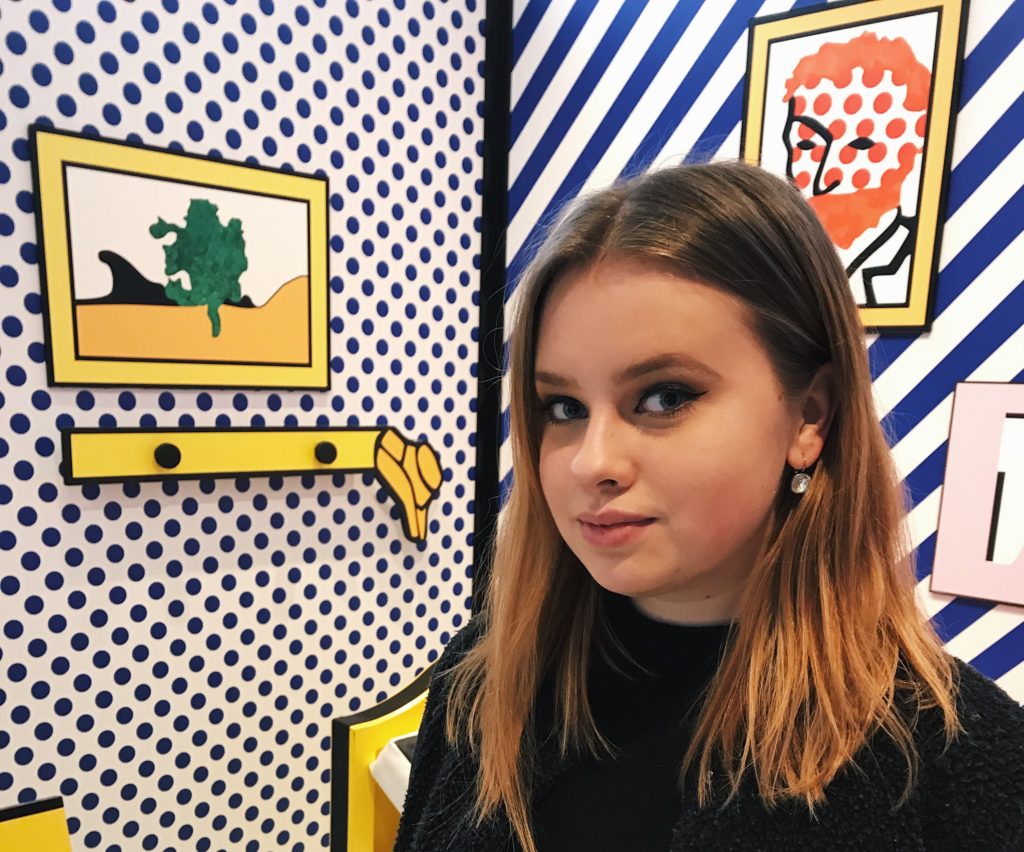 We continue with positive emotions that your generation has been offering to us lately. Greta Thunberg in Sweden, pupils and students in Estonia, and many representatives of the younger generation around the world, are boldly addressing climate and sustainable consumption issues. Will young people save the world?

Has it not always been like this since the beginning of time that at least some of the younger generation live with the desire to save the world? But in fact, I think the more younger people enter the labour market, the more we will begin to see economic trends and how companies operate, change. Young people will start to realise that they have more power within these companies rather just being a silent consumer. Socially responsible and mission-driven companies and initiatives will certainly be on the rise. Dare I say that maybe in the next few years somebody will come up with a Let’s Do It! World 2.0 kind of initiative that will cause a sensation around the world and maybe help a little against climate change? I guess I do.

Thank you for providing us with a meaningful helping hand this summer and for bringing may there be wind beneath your wings, both at university and further down the road. Do you have any good wishes for the people of Estonia and the readers of this interview?

I sincerely hope that the right-wing populists being in the government will give the Estonian people an idea that they do not bring any good, and that people will eventually realise that they are often not practicing conservativism but pure-bred right-wing populism. Hopefully, more people will vote in the next elections and then the election results will be different from what they were this spring. However, one should not lose hope, as I can confirm from my experience so far that the Estonian Human Rights Centre is very diligent and friendly in dealing with human rights and people’s problems. Lastly, I wish that Estonia would not follow in the footsteps of other European in becoming more conservative but, on the contrary, more open and friendly. Unfortunately, as a small country, we alone cannot do much, but I believe Estonia has a lot to offer. It would be a shame if all this were to be undiscovered by people simply because of reactionary behavioural trends. So, I encourage everyone to be more friendly and tolerant, because you never know, maybe your very good friend may be hiding in an LGBT community member or a migrant!