The Estonian Human Rights Centre introduced the annual report “Human Rights in Estonia” in May 2011. The report deals with Estonia’s development in nearly all rights contained in the European Convention on Human Rights.

Developments that took place in the field of human rights in Estonia in 2010 are described, analysed, illustrated by positive and negative examples as well as criticised, but not only that – specific recommendations for eliminating the shortcomings are also provided. Although each chapter has an author or authors, the report aims to provide a coherent overview of developments in human rights in Estonia as a whole.

The publication of the report was supported by Open Estonia Foundation and Ministry of Culture.

Chapters of Annual Report of the Estonian Human Rights Centre 2010:

Chapter 2 – Prohibition of torture, inhuman or degrading treatment and punishment

Chapter 4 – Right to a fair trial

Chapter 5 – Right to respect for private and family life

Chapter 9 – Right to protection of property

Chapter 12 – Integration and ethnic cohesion of the Estonian society 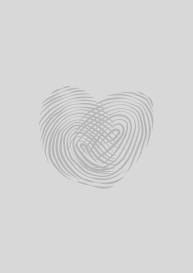