Egert talked with Aleksandra Reczuch who is anthropologist and social researcher about abortion ban in Poland.

As I understood, you have had general ban for abortions in Poland from 1992, the latest proposed legislation would allow procedures in cases where the mother’s life was at risk or the pregnancy resulted from a crime, but would ban abortions of foetuses with congenital disorders, including Down’s syndrome. Is that correct and what is the objective of this change?

Well, the truth is that in 1992 there was a referendum on the novelisation of the abortion law, there were two projects and the one banning abortion was strongly supported by the catholic church (it was a project to make it stricter and to allow the procedure only if woman’s life or health is endangered by the continuation of pregnancy). It is crucial to mention catholic church here because the politicians, well I would risk using the word “sold” women for the support church have had during the solidarity times and as an act of gratefulness and thanksgiving the new law was introduced in 1993. In 1993 an act (07.01.1993) on family planning, protection of the human foetus and the conditions for termination of pregnancy was introduced and according to this act there are 3 exceptions: 1). When the woman’s life or health is endangered by the continuation of pregnancy 2). When the pregnancy is a result of a criminal act, or 3). When the foetus is seriously malformed. In 1996 post-communist government voted for the novelisation of this act and for short time abortion due to social reasons was introduced. Shortly after the act was send to the Constitutional Court and in 1997 the head of this court issued an opinion (I am not good in describing the law-making process) that abortion because of social reasons is anti-constitutional. In 1997 after a “street battle”, the bishops were calling to exclude pro-choice MP’s from church and public life and the list of all MP’s voting in favour of the novelisation went viral (if something could be viral in 1996 or 1997). Because of the pressure and the Constitutional Court opinion/sentence the law was changed back to the 1993’s act in 1997. The post-communists promised that if they won elections in the future the abortion law would be less strict, and they will come back to lobbying for more accessible abortion.

The post-communist came back to power in early 00’s when Poland was joining EU – in 2002 feminists and activists signed a letter (letter of 100 women) that was calling for liberalisation of the law and a public debate on the topic. Some of the bishops publicly called this letter a non-sense and the law remained unchanged.

Currently, since 2016 different right-wing actors try to push though Sejm (1st House of the Parliament) civic law initiatives (the citizens have the right to propose new law if they collect at least 100k signatures) that propose new acts banning abortion – I think that there were two of those, one where the proposed act penalised abortion (2016 black marches) and second, this is the current case, where in the proposed act the legal access to abortion when foetus is seriously damaged is crossed out.

The objective is, oh well, according to people who are behind this initiative called #zatrzymajaborcje (#stopabortion), 96% of all abortions is done because the foetus is damaged. But, to be honest its gloomy and shady for me because what they write is: due to the eugenic reasons 96% of all children being aborted is killed. They understood eugenic abortion as pregnancy termination due to the suspicion that the foetus is seriously or deadly malformed. Kaja Godek, one of the initiators says the project is going to „grant with human rights a group of people which currently has none of those rights”. Though, to be honest I am not even sure if those statistics even exist and as far as I know currently in Polish law foetus is not an “unborn human”.

How likely is it that the proposed change is approved?

I have no idea. I guess it is possible, though I hope it will not pass. The parliamentary commission of justice and human rights has opinionated the project positively and soon (I guess the exact date is not known yet) the project will be discussed by members of the commission of social politics and family. There was also a project #ratujmykobiety (#let’s_rescue_women), which proposed liberalisation of the abortion regulations and proposed a nationwide sexual education program, but because it included the so-called abortion “on demand” MP’s decided they do not want to even debate in the Parliament about this project.

What you think are the possible outcomes if the proposed change is approved?

It will symbolically close any possibility to terminate pregnancy – currently it is perceived as a taboo, but the women know they can seek help in those 3 cases. And I am pretty sure that the ban will influence the overall access to reproductive health, prenatal examinations and sexual education – it will make it even harder to talk about sex related issues.

What was the initial objective of general abortion ban and has it been fruitful on fulfilling its objective so far, has it had more positive or negative consequences? Have there been any discussion to lift the 1992 abortion ban overall?

As far as I know the ban was related to the church and the role of the church in Polish politics. The objective was to minimise the amount of the procedures done because of the assumption that foetus is already a child. And as I mentioned above and as it was widely discussed in Poland, it is perceived as a gift to show the church gratitude for support during communism.

Has it been fruitful? Uhm, Well, abortion is still done in Poland, there is existing underground and those who are wealthier go abroad – to Germany, Austria, Slovakia… I think it hasn’t changed much in terms of pregnancies terminated, but it has changed a lot in the way abortion is perceived. And it became almost impossible to have an abortion, even if objectively you have right to terminate your pregnancy. For example, in Podkarpackie Voivodeship (around 2mln inhabitants in 2014 cencus) which is a mountainous region bordering with Ukraine and Slovakia none of the hospitals offer the procedure, even under the circumstances described in the act.

When it comes to the initiatives and discussion, yes, there have been some. Before the EU accession or in 1996-1997 or when some women where denied the right to abort the foetus – f.e. Alicja Tysiąc, who was likely to lost her sight if she gives birth (more info here: https://en.wikipedia.org/wiki/Tysi%C4%85c_v_Poland) or when the whole country was debating if a raped 11 year old girl is able to give birth. In 2002 there was, mentioned above, the letter of 100 women, which called out to adjust Polish law to European standards. I can also remember somewhere around 00’s the case with women on web boat “Langenort” trying to moor in Gdańsk. Somewhere before 2010 Izabela Jaruga-Nowacka (mother of Barbara Nowacka, who was the main organiser of #ratujmykobiety proposal) tried to lift the abortion ban, but she died in a plane crash in Smoleńsk, so the Parliament was not even debating this proposition.

Currently, since 2016, there were those proposals raised by civic initiatives – on the one hand the proposal in favour of a ban and on the other the liberalising one #ratujmykobiety. According to survey polls in 2017 around 40% of people surveyed wanted to liberalise the act. While according to reporters Lidia Ostałowska and Dorota Szymborska in 1992 half of the people surveyed were against the changes in the abortion law.

I think that one of the effects of the abortion ban was the shift of the language used to describe the procedure – foetus became a child, there are no women’s rights but unborn human rights. The rational logic of pro-choice activists collided with highly emotional language of antiabortion movements, that build their narration on fear. And this is, I think, the worst that happened – women believe abortion is very risky and it has been tabooed, like it is kind of a shame and women who had an abortion are baby killers. I believe that the act that came into force in 1993 changed the social perception of abortion – from a termination of pregnancy to an act of killing. I also think it became less acceptable to have an abortion if it is not justified by one of the reasons described in the act.

Have you participated in pro-abortion rallies? What are the messages women are giving out? Are these rallies just for women or also men can help the cause?

Yes, I did. The message is antigovernmental, pro-choice and I would say very empowering for women – like let’s do it on our own, more women in politics, women will overthrow this government. It is also anti clergy and I would say that it is more social than few years ago – it is not about the choice of an individual anymore but there are some slogans that underline the role of solidarity and social support for those women who cannot afford an abortion abroad. 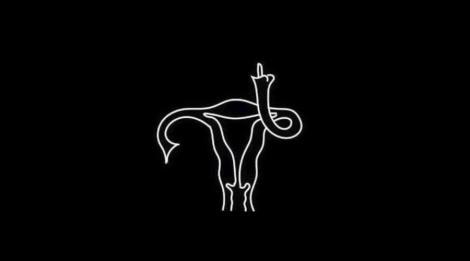 I see men on the protests, I guess they are welcome 😊, though the message is aimed at women. During the last “Black Friday” some men were organising babysitting, catering and other things supporting the protesters, so the women could focus only on the protest.

How much is this new legislation agenda of the current party and how big is the role of church?

The ruling party does not talk much about the ban – it is a civic initiative, but current government is extremely catholic, and MP’s seem to be in favour of the ban. When it comes to the church – though I am not religious, it is widely known that in churches the priests often criticise the women movements and protests during the masses. The clergy also calls for voting in favour of the proposed act, which puts a lot of pressure on politicians – it is believed in Poland that church support helps in winning the elections.

Are there big differences in age groups who support the overall abortion ban?

To be honest, I have no idea, because there are very little spaces in which you visibly see someone who is antiabortion. The face of the initiative, Kaja Godek, that proposed this new act is quite young woman who has a son with Down syndrome. The previous ban act was proposed by an organisation called Ordo Iuris, which is extremely traditional and roman catholic NGO dealing with the rule of law and legal culture. So basically, you see some young women in TV that talk about those initiatives but on the streets if you encounter someone with a poster or banner that “abortion is killing” usually it would be and elderly woman or man. In the public discourse the overall ban is usually supported more vividly by male MP’s and males, but it might be also influenced by the assumption that men are those who should have an opinion – the male-female ratio in political news / talk shows is always in favour for men.

EU report on fundamental rights: death of migrants, child poverty, and the dangers of artificial intelligence