Hey, my name’s Egert. If you follow the goings-on at the Human Rights Centre, you probably already know me – if not, give that link a click and you will. I will be away from the Centre for three months, and not just for a vacation or a workshop, but as a GLEN in Ghana (so for anything business-related, contact Kari or Liina instead).

Here, in my new virtual home, I will post about everything on my mind and around me on my trip to Ghana and during my stay there. There are three parts to this page – the one that you’re reading now, the part where you can read my other blog posts and, if you keep on scrolling, the part about where and why exactly am I going to be for the next three months. I’m sure you’re curious, so scroll on down and read all about it! 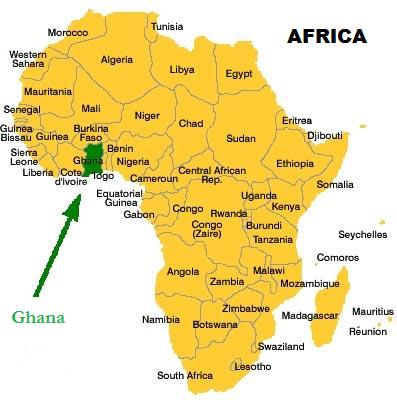 Ghana was the first West-African country to be liberated from England’s colonial power in 1958 and is also known by its nickname the Gold Coast. As the name implies, gold can be found in Ghana and in addition to money and – admittedly rarely – a good life, gold mining entails risks to both health and the environment.

For the next three months, my home will be in the town of Prestea, which is a large gold mining area. The town has 35 760 inhabitants, but the mines have done more harm than good, mostly due to pollution.

I’ll be staying in Ghana as a part of the GLEN project coordinated by AKÜ (Roundtable of Development Cooperation) and ASA. I will be working in an organisation whose mission is to raise awareness about the health problems related to mining.

I applied to the project in February and participated in two preparation seminaries in Germany and Czech Republic to get to know my tandem partner (no, I’m not in this alone, I have a partner from Germany) and to refresh my knowledge on the issues of racism and gender inequality. I also experienced the longest bus ride I’ve ever taken in my life (a total of 26 hours!😩).

My motivation came from the interest in sustainable development and the situation of human rights outside of Estonia, from the desire to test myself, from caring, from wanting to participate in development cooperation. The deadline for applications was in February, so the cold weather probably gave me an extra push, too☀️.

In Ghana as a human rights activist

Because of my work and my interest in human rights, I looked into the situation of human rights in Ghana.

That’s a style of music that originated in Ghana and is essentially traditional Ghanaian music mixed with hip hop. It’s especially popular in West Africa, but also in Germany, the US, and Canada. By the way, in 2015, a hiplife duo called Reggie’n’Bollie earned a second place in Britain’s X-Factor show.

I believe that now you have about as much information about Ghana as I had before going. In my future posts you can read what is actually going on in Ghana. I will try to post once or twice in two weeks.

Hiplife blog: A woman's place should not be in the kitchen only

Hiplife blog: the game of politics around gold mines