Last week, our lawyer and refugee expert Liina Laanpere participated at the UNITED for Intercultural Action conference in Albania. UNITED is the European network against nationalism, racism and fascism and for the support of refugees and migrants. The theme of this year’s conference was ‘Power of Coexistence’ and it welcomed over 60 young activists and NGO-workers all over Europe to learn from each other’s experiences and to create contacts for future collaborations.

‘Coexistence’ was defined as the peaceful and simultaneous coexistence of different nationalities, regions and cultural backgrounds that also includes learning from differences and honoring each other. The conference was being held in Albania as Albanians are a perfect example of peaceful coexistence of individuals from different religious backgrounds.  Albanian society is made up of Christian and Islamic traditions as well as the subtraditions of both of them but this has never been a matter of conflict. People honor each other’s religious customs and beliefs and are proud their diversity.

The conference included panel discussions with the experts of different fields who shared good practices of coexistence and pursuing it. All the participants could contribute in working groups while discussing practical experiences, creating strategies and making plans for campaigns. The participants had a chance to introduce their native cultures and organisations, exploring common aims and possibilities of collaboration. 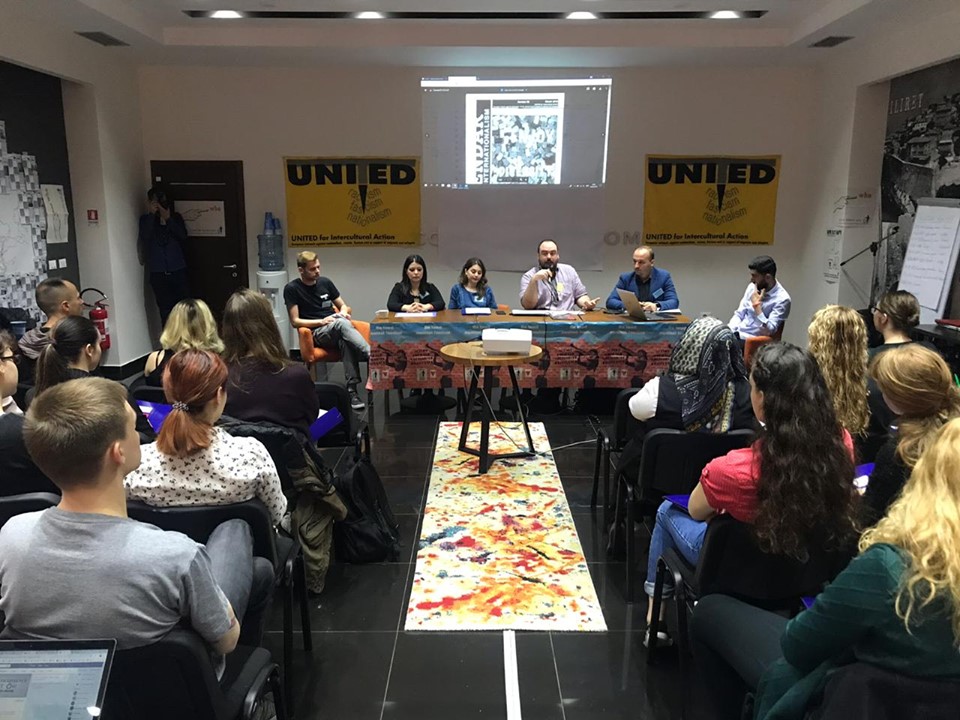 Unfortunately, in the discussions it was collectively found that stronger manifestation of racism are common in all the home countries of the participants. The main activity of the UNITED is campaigning against racism and discrimination. You can find more information about their campaigns on their web and Facebook page. For example, they have executed a campaign on European Parliament elections in the frames of which Estonian candidates were analysed as well.

The main positive effect of the conference was the chance to meet people with different background and experiences. As one is usually afraid of things one does not have good knowledge of, personal contacts and experiences hold the main role in successful coexistence.

One good example was a young Serbian activist who participated at the conference and who  thought before that due to his Serbian origin he has to suffer under hostile attitude. This fear was projected on him by his parents who have nationalistic conservative views. During the conference he managed to create friendships and bonds with both Albanian and Kosovo participants – a situation that totally changed his worldview.